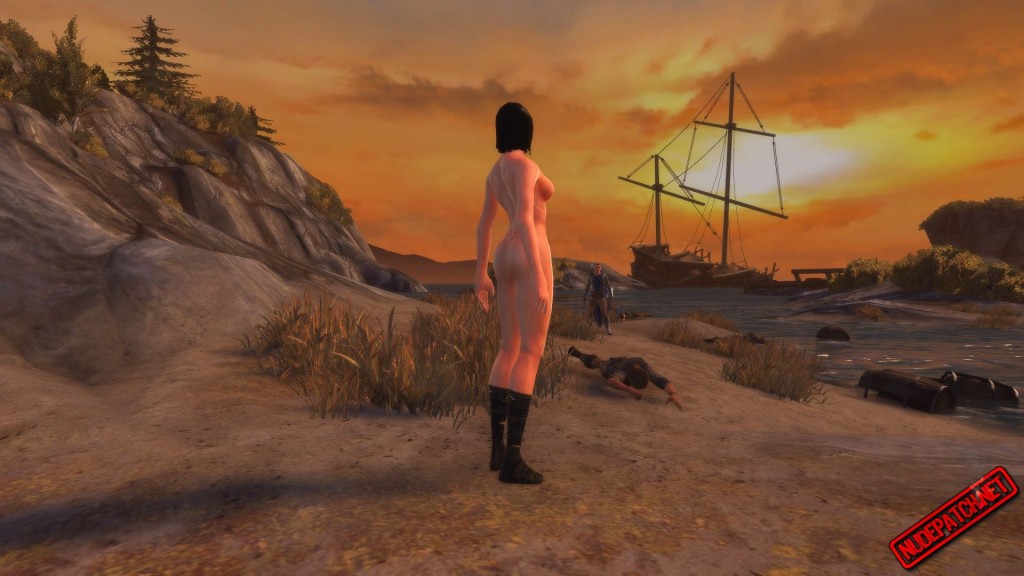 Did you miss the naked elves? Just use nude mod of Neverwinter Online.

Manual: Choose one of the three skin options and copy the “texture_library” within to your Localdata folder.

You can uninstall Neverwinter Online: Nude Patch as with any other program from “Programs & Features”, or you can run the uninstaller exe found in your Localdata folder (…\Cryptic Studios\Neverwinter\Live\Localdata)

If for some reason this does not work, then to manually remove all mods, delete all FOLDERS in your Localdata folder (…\Cryptic Studios\Neverwinter\Live\Localdata)
Do NOT delete the file “Gameprefs.Pref” there, as it will likely screw up your saved preferences (that should be rather obvious!)

FAQ
Q) Will other people see my character naked in-game?
A) If and only if they also are running nude mods. These are client-side only mods; they only affect your local machine.
You can prove this for yourself: Install some of these mods, check out how your characters look in-game, then uninstall the mods and check again.

Q) Why aren’t there breast-size-increase mods for Neverwinter?
A) Breast scaling in Neverwinter is controlled in a different way from other Cryptic games, and I have not figured out how to mod it.

Q) I’d like to change some mod options, and/or update to a newer version. Do I have to uninstall and then reinstall?
A) You should just be able to run the installer again; it should auto-detect which components you have installed and let you change them around and/or reinstall with new options.
Generally, any warnings about stuff not being uninstalled when deselected can be ignored if you are changing the option, rather than wanting to remove it entirely.
Of course, uninstalling and then reinstalling is a perfectly fine option too, it just may be more work than necessary.
Also, keep in mind that if you just want to ADD a new component, you can uncheck everything else and they won’t be uninstalled. This will speed up your install time.

Q) Why is there a “seam” around the waistline of females when they’re naked?
A) It’s a side effect of Cryptic’s weird texturing that I can’t really fix. You can just wear a belt to hide it. 😉

Q) Can I get banned by Cryptic for running this nude mod?
A) Nope, these are client-side only mods; you are the only one that can see them. Cryptic even GAVE us a Localdata folder for client-side modding, for Pete’s sake!

Q) Can I freely share this mod package with other folks, and at other websites?
A) Absolutely! Just be sure you give credit to everyone as indicated in the credits section at the top, and preferably include a link back to at least one of the two main
threads listed below. Also, do NOT under any circumstances force users to fill out surveys, pay, or otherwise restrict their free and easy download of the package.

Q) This seems really similar to a mod I saw on a pay-for-access site. What gives?
A) Eh, it likely is my mod, but someone probably stole it, modified it, and uploaded it there without asking.
I don’t really mind, but the mod is freely available from several different sources, so I have no idea how they expect to sell it!
I guess some people are just really stupid and insist on attempting to sell nude mods. No amount of scam-warnings or pleas for sanity will work on such people!

Q) Can I make further modifications/improvements to these mods, and upload them for others to use?
A) Of course! I would even recommend that you upload them to one of the two main threads listed below, and if it’s a good-quality mod, I’ll offer to include it in the main package.
There are also screenshots of the mods in action in those threads.

Should this happen, uninstall these mods and then install this package from Microsoft: http://www.microsoft.com/en-us/download/details.aspx?id=17851

The installer tries to auto-detect the directory where Neverwinter is installed, but it is not correct 100% of the time.
Check to make sure that it chose the correct installation folder, it will look like this:

If it installed somewhere other than the proper Neverwinter directory, uninstall and reinstall to the correct location.
If you still cannot get things to work, contact me at one of the locations detailed in the FAQ section below.
—————————
Help, the game is crashing!
—————————

If this happens, most likely Cryptic just released a new patch that broke one or more of these mods.
Should crashing happen, the game will often give you error messages with helpful hints as to what mods it doesn’t like.
If you want, you could try figuring out which mod you should remove and then test if that solved the crashing.
Otherwise, you can either uninstall the mods and play without them for a bit, and/or wait for me to release a fix,
which I will generally do very quickly.

As a note, generally it will be mods in the [Localdata\bin] folder with “.bin” extensions that cause crashing.
(Re)moving all of those will probably fix any crashing problems that may arise.

If this happens, you need to patch the game by running the launcher. Afterwards you can use the no-launcher shortcut again.

These Neverwinter mods are created and actively maintained by me, Password42.

Thanks are extended to Mharius for his “Neverwinter Online – Adventure in Style” mods,
which inspired me during several efforts in creating these mods.

Many thanks to fzid4 for his improvements on the nude skin textures included herein.