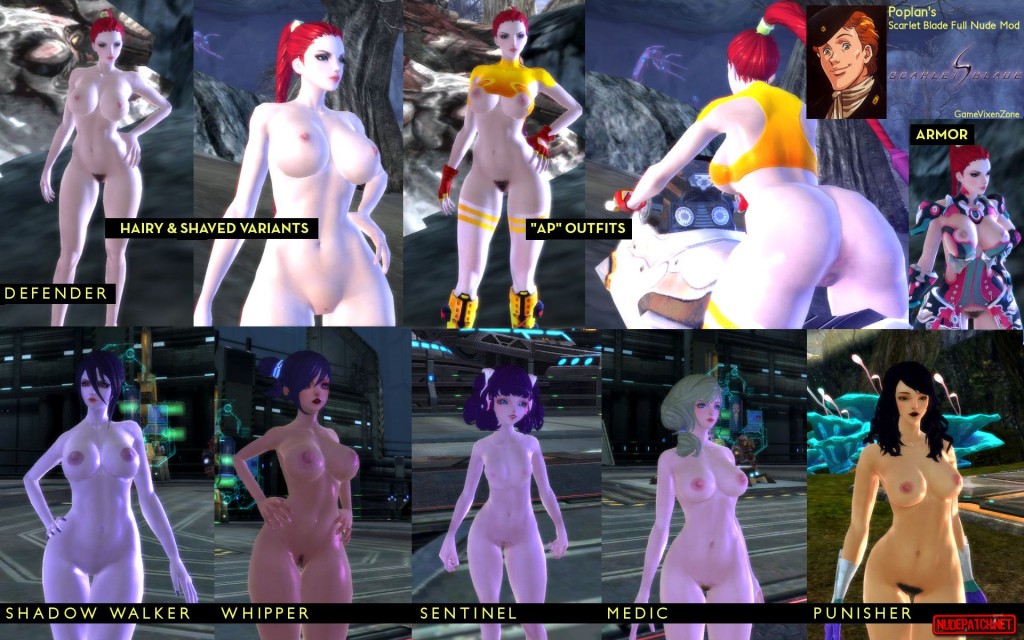 There are two types, “Hairy” and “Shaved”.

For Samples of each set, look in the “Samples” folder.
To install simply copy the set you wish to use under “Textures” to “..\Data\Objects\PC\tex”.

DE_BD_N_04 (Defender L25 Armor) There’s issues with the mesh that casues the rear vulva texture doesn’t show up for some reason. A pink dot where the arm joins with the body also appears (which is probably why that strap is there.)
DE_BD_N_05 (Defender L30 Armor) Various display issues.

2015-03-16:
More “behind the scenes” standarization for the XCF layouts for future automation.