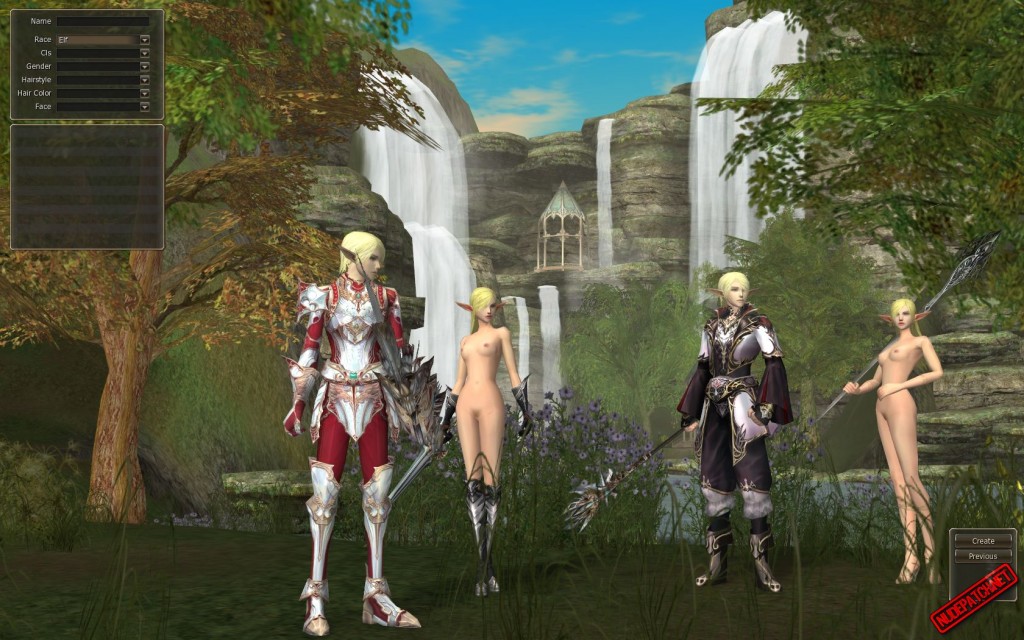 To install the nude patch copy the contents of the folder “Nude Patch” to the main directory where you have installed the game Lineage 2 and then run the “NudePatch.exe” file.

You will see a window with all characters selected to be patched with nude textures, you can deselect any of them if you wish or to patch them all just click the Patch button.

Description
You have the option to choose which ones you want to be naked or not when running the patch itself. The only exception for the moment are one of the Orc and the female Dwarf characters which do not yet have a nude version available.

But you can play the game with pretty much any of the other naked female characters without having to remove your clothes or armors you are wearing to reveal the nude body of the character.

And when you set the graphic level to high the game looks really nice with nude characters running around and killing different enemies, so you can really have some fun playing the Lineage 2 patched with nude female characters.

Just remember not to turn on the “Use improved shader effect” option inside the game menu for Video configuration as it messes up with the patch and instead of the nude textures you will see the female characters covered with completely black textures. But if you leave this option disabled you will have no problems whatsoever playing with the nude textures over the female characters in the game.

Unfortunately this nude patch does not yet have an deinstallation, so you will have to redownload the patched files of the game in order for you to return the nude characters to their default fully clothed forms.