It’s a tool aimed for extraction and installation of graphic resources (nude skins of course) in many games like Tomb Raider: Anniversary, Tomb Raider Legend, Sid Meier’s Pirate and etc. Texmod is really useful, whenever you would like to install graphical patches, like nude mods or skin patches to your games.

Also the program is necessary for start of files with expansion tpf. 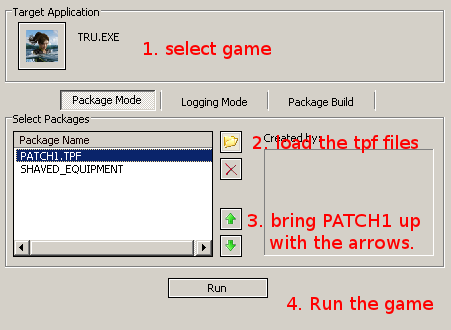 Some large nude patches (over 5 Mb) are packed by the archiver of new generation, download 7zip for unpacking.

You may get a FALSE virus alert if you start TexMod. In this case switch off an antivirus at patch installation.

How to use Texmod with DX10 Games:

To use it is necessary to run Tomb Raider 2013 in Directx9 and game graphics options in High level!

Texmod only works with DirectX 9, to force Tomb Raider to always use DirectX 9: