Bondage Gear .. for male characters.
The balance must be maintained at last. : D 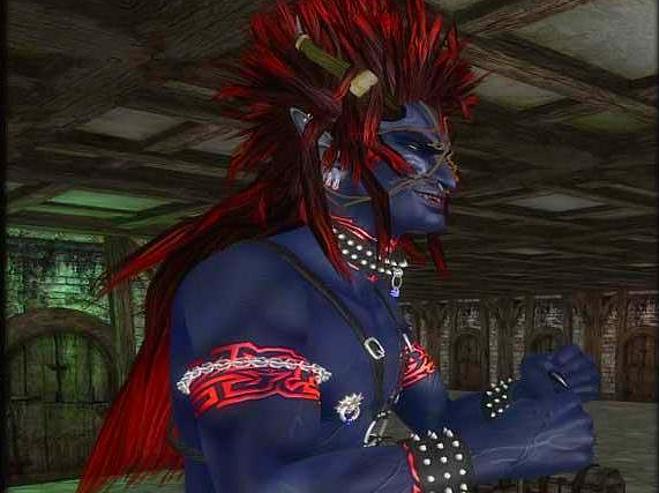 This was a request which I eagerly took up with my new-found modelling skills. It’s just a simple little fun thing and not meant to be taken seriously. It adds 6 two-piece sets of male bondage gear to Borba Gra-Uzgash at Borba’s Goods & Trade in Cheydinhall – apparently, she likes kinky men! There is also a spare chest in the Testinghall.

This is for males only and is very adult in nature. While wearing this, he will be in a large and ‘excited’ state, and decorated. I like kinky men! Not for minors or prudes.

Just drag all these (minus the readme) onto the data folder in your Oblivion directory and they will go where they are meant to.

For those new to installing mods, I recommend reading www.nudepatch.net – It will save me having to answer the same questions over and over again. It’s not difficult, just takes a little practice!

Made to use Robert’s seamless male body, so skin textures may look rather odd if used with any other. Will look silly on females.

Thanks to:
Kikaimegami
Jclyde
Robert
Their meshes were the basis for this work. Remodelled extensively by me.

Big thanks to Kikaimegami for putting up with my noob questions! Thanks also to Kikai and Sen-chan for testing and screenies.

These meshes are not to be re-used under any circumstances, nor converted for females. Permission will be denied. This file is not to be redistributed to other sites. This is an adult mod and I’m not prepared to take any crap about it.