This plugin adds a new race to the game: The fallen angel
Even a completely new armor will be added to match the new breed. 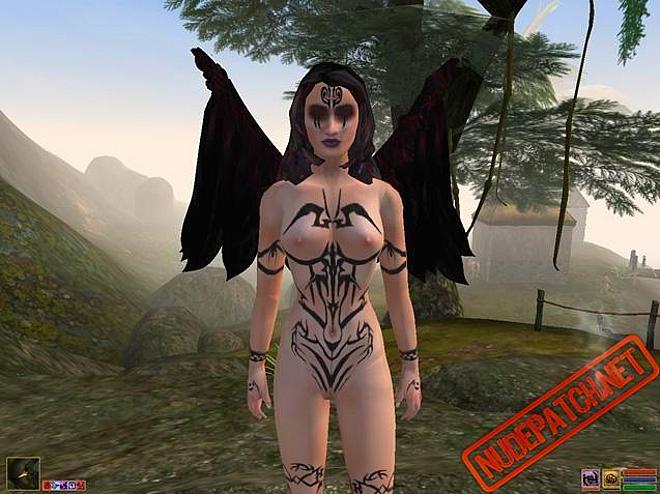 This is played best by using the custom birthsign AND custom class.  They are both tailored SPECIFICALLY
for the Fallen Angels as they play into a storyline.  This may expand into a quest addon later.  So please
use them as they were meant to be played for the most enjoyment from this mod.  The clothing IS gender specific.  The pants are
for males<they can also wear the collar>, the top, shoes and bracers are FEMALE only.  If you try it any other way, you will have
clipping, and other problems.

This mod requires none of the expansion packs, but it DOES require Better Bodies 2.0.

1.  For some reason, two hairstyles show up as bald at chargen, but they WILL show
up on your character after they are selected.  The two hairstyles are as follows

2.  On initial play, a female character will have male first person hands.  After you save and reload your game, the first person female hands
WILL show up.  I dont know the reason behind it, but thats the way it works.

3.  Thanks to a game bug, there are some grammatical errors, and theres nothing I can do about it.
***

Special Thanks go out to the following:

For without you guys, this mod would have never come to pass.  Thank You All So very much.  And if i missed anyone, i apologize…
The credit is fully yours as well.